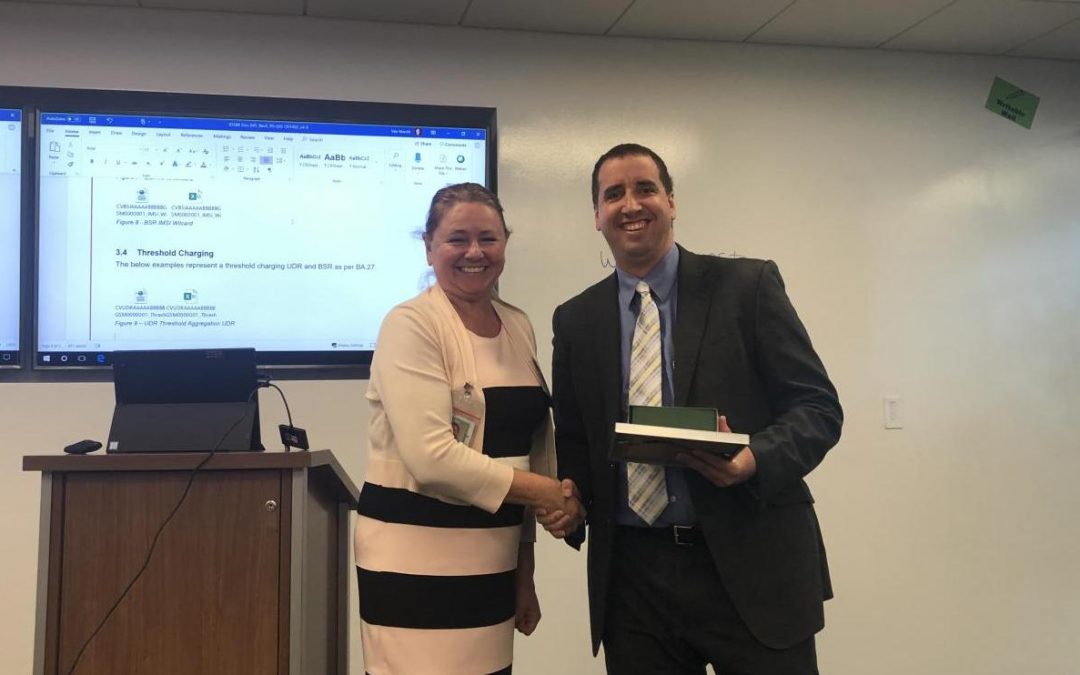 It’s a privilege to be able to work in today’s innovative mobile industry, to develop next-generation mobile solutions in the area of clearing and settlement, and to have a company that goes above and beyond to support your professional goals in these areas. And it’s especially a privilege when all three happen at the same time.

This has happily been my experience at Syniverse as I’ve increasingly invested my time in the GSMA to advance the next generation of clearing and settlement standards for the mobile industry. This most recently culminated in December when my Syniverse colleague Jon Taylor, Senior Product Manager, and I were presented awards for our work during a GSMA Interoperability Data Specifications and Settlement (IDS) Group meeting, which was hosted at Syniverse’s headquarters in Tampa. The experience offered several insights on the future of mobile billing and charging that I would like to share here.

GSMA and the Future of Clearing and Settlement
Of all the areas in the mobile industry undergoing rapid change today, clearing and settlement is an area in an extreme state of transformation, and Syniverse has been moving right along with it. New technologies like 5G and the internet of things (IoT) are adding more connectivity and complexity to clearing and settlement processes. At the same time, the ability to seamlessly and securely clear any type of transaction that requires validation is becoming increasingly crucial, as well as the ability to provide an audit trail.

These are just a few reasons why the GSMA launched an initiative to redefine the standards for billing and charging for roaming. Among other changes, this initiative is developing a new standard called Billing and Charging Evolution (BCE) that will initially be used in parallel with TAP (Transferred Account Procedure) – the standard that GSM mobile operators have been using to exchange roaming billing information for over 20 years – but may eventually replace it, especially since the TAP standard will not be developed anymore and is now in maintenance mode.

Syniverse has been closely involved in helping mobile operators prepare for this transformation, and as part of this, has supported my increasing GSMA role, which has most recently been as the chair of the GSMA’s Billing and Charging Evolution group now leading the finalization of the new standards. It is the work for this group for which I was recognized with my recent GSMA award, as was my colleague Jon Taylor, who made important contributions to the group.

Webinars and Future Plans
To help further advance our GSMA work, Syniverse recently held a webinar, “Are you ready to monetize 5G and Mobile IoT roaming?,” to explain in depth some of the new changes that the BCE standard will bring to roaming billing and charging. It’s the first of several webinars that we’re planning to help prepare mobile operators for the next generation of clearing and settlement, and we’ll post information about our next session soon.

At Syniverse, we’re excited about what lies on the horizon in the fast-moving space of clearing and settlement, and especially in blockchain. As mobile traffic continues to explode and new technologies like 5G and the IoT revolutionize mobile services, clearing and settlement will also be revolutionized and open many new capabilities and opportunities for the future. We look forward to playing a central role in this future, and we’re honored that our recent efforts have been recognized by the GSMA. Learn more about our solution, Universal Commerce for BCE, here.

Anna Gussmann joined Syniverse in 2012 and has more than 25 years of experience in overseeing customer services, developing new products, and managing product development for top mobile and technology companies. As Senior Director of Customer Products and Industry Relations, she is responsible for designing products for Syniverse’s roaming services that are required by the GSMA, advising customers how to implement non-TAP (Transferred Account Procedure) transactions for roaming, developing blockchain solutions for clearing and settlement, and acting as a liaison to the GSMA by serving as chairperson of the organization’s Billing and Charging Evolution group. Previously, Anna was Senior Director of Customer Operations, and before Syniverse served as Director of Global Customer Services and a number of other senior roles for MACH, which was acquired by Syniverse in 2013. She holds a bachelor’s degree in computer science from Beuth University of Applied Sciences Berlin. 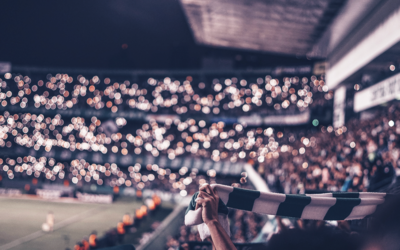 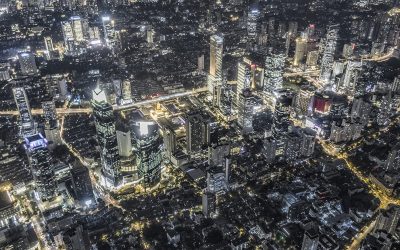