Synergy’s CSR Snapshot features some of the most recent corporate social responsibility activities that Syniverse has participated in to help make a positive impact on the communities where we live and work.

What was the activity?
On Nov. 13, Syniverse’s Hong Kong office participated in GOrun Together 2016, an 8 kilometer (approximately 5 mile) race to raise funds for a Hong Kong charity called St. James’ Settlement.

What organization did the activity support?
The race is one of the big yearly fund-raisers for St. James’ Settlement, a nonprofit established in 1949 that provides a range of social services to help disadvantaged people across Hong Kong. The Settlement operates 59 service centers staffed by almost 1,200 members, who provide such services as children’s care and education, employment programs for youths, job-skills training for adults, food banks for the homeless, support for the elderly, and basic health care services.

What did the Syniverse team do?
Eight of our office members formed into two four-person teams to join over 1,000 other runners and compete in the event. Each corporate challenge team was required make a minimum donation of HK$5,000 (approximately US$645) to participate, and St. James’ Settlement’s entire fund-raising goal for the run was HK$500,000 (approximately US$6,500). Our team. I’m in the white shirt, behind the Syniverse sign.

What was the single most rewarding part of this activity for you?
Seeing some of the different runners’ joy of triumph in making it to the finish line. Runners of all levels took part in the run, including many disabled runners who had helpers that accompanied them and cheered for them the whole way. It was extremely rewarding to watch these runners reach the finish and accomplish their goals with their helpers right beside them. They never gave up and took as long as they needed to in order to complete the run. It was inspiring, and it was a reminder of all the many special lives that St. James’ Settlement has an opportunity to touch through its charity services. Moreover, participating in this run was a reminder to me that an in-person volunteering effort can be so much more powerful and gratifying than a monetary donation. The plaque we received for participating.

Understanding the Emerging Fraud from the Internet of Things 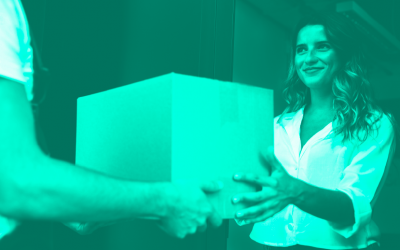