This post originally was published as an article in Hot Topics.

If players within the retail industry want to remain competitive into 2016 and beyond, their marketing teams will have to extend their digital strategies’ reach and adoption.

Their relationship with consumers, potential or current, has matured, thanks in part to a widespread uptake of technology that facilitates screen-based shopping habits, almost bypassing more traditional routes.

Part of the retail response has been to explore new and/or omni-channel experiences for their customers.

This may include mobile-first strategies, tablet based experiences or in-store digital activities.

Last year saw the uptake of these initiatives take hold, in-store and online, but there is also a case for a smarter adoption of technologies in the retail sector; utilizing every innovative method or channel may not be the most appropriate route to take.

So when Richard Holmes, Specsavers’ marketing director, wants to consider a new marketing blueprint for the international opticians group, he doesn’t think about channels at all.

“We start with what services our customers are most interested in, and that’s when we consider our channels – which I find is actually quite an ambiguous term.”

For Specsavers, a relatively simple but key service for their customer is the ability to book appointments online.

Holmes and his team then coordinate “…the relative importance of different channels, whether that be mobile, tablet, laptop or computer.”

Within the context of the technology industry, it’s quite a basic set-up – however, the simplicity of streamlining a service that a customer wants updating, rather than creating an unnecessary experience, forms the basis of Specsavers’ marketing plan.

It allows Holmes to intrinsically focus on the core elements of Specsavers’ brand identity without confusing the customer.

A second benefit is that the particular sector in which Specsavers sits isn’t actually clear cut, and so a simple method is easily transposable as the company straddles its different markets.

“Fundamentally, we are at least as much, if not more, a health service provider as we are a retailer…and so there are still certain elements to our business where [digital] isn’t appropriate, so we definitely review new technology on its viability for our consumers, rather than what the rest of the industry is saying.”

There does come a point, however, where trends begin to emerge describing where you should invest your time, capital and energy; it’s commendable to value your consumer highly, but if it’s at the expense of their methods of approaching you, your brand could miss out on future developments.

For Specsavers and Holmes, despite their position within the health sector, mobile uptake and usage has been the biggest change agent.

Mobile-first is a term well recognized in the industry, but the fact still remains that as more consumers turn to their handheld screens, retailers’ online and in-store designs need to change too, a fact Holmes and his team have already acknowledged.

That’s because consumers are now so used to digital interaction that it’s now expected, even when shopping offline.

“More than 60% of our visitors are now mobile based – the effect has been huge, not unlike other retailers I imagine – and I think that that activity is down to either locating stores or booking appointments.”

Earlier on in the conversation, Holmes intimated that as a retail health marketer he didn’t care via which channel his consumers were engaged because Specsavers never sets out to predict people’s shopping habits.

However, once certain that a particular platform is important enough for concern, Holmes and his team “…choose to invest in that for the future; we go with the devices important to our customers.”

So a wider conversation about the channels available to improve the customer experience is, to Holmes, “boring, and almost irrelevant.” If the customer engages with something, only then will his marketing strategy engage too.

It’s quite a reactive methodology, but it frees up a lot of time attempting to predict consumer habits, leaving scope to digitize another important experience, oft overlooked in the industry: the employee.

The retail health marketers treat their whole demographic as “being digitally enabled” – including their colleagues in store – and they believe that a digital strategy can only work sustainably if their stores and staff are enabled too.

“[Specsavers staff] are just as important in our strategy: when you talk to someone in-store they can easily find your records; they can simply find other frames and designs; we’ve introduced Virtual Dispensing Toolbox Measuring (VDTM) which sees traditional dispensing tools replaced by this application running on tablets, nationwide in the UK.”

It’s known as Digital Precision Eyecare, and reminds us outside the profession that opticians, like all healthcare providers, have had to continually innovate their sector to make sure equipment and tests are the best in their field, so they’re used to these sets of roll outs.

Digitized customer experiences however is a phenomenon that is only now being appreciated for its importance in consumer retention, whereby the ability to measure that activity, be it via a mobile channel or otherwise, needs constant iteration.

“We’re incredibly data driven and are constantly reviewing our analytics. We have data specialists who can find out where are pain points are, what’s going on, what’s working.”

Which all form the backbone of a digitally aware business.

How you use that data will then help your business model, or skeleton, grow and evolve, utilizing the most appropriate channels – be it mobile in this instance, or otherwise – to best serve your consumers.

“One of the things we’re developing rapidly is a domiciliary business, whereby we have opticians travelling around the country visiting people who are homebound.”

These people may be homebound for any number of reasons, but trips and routes need planning, whilst profiles and user histories need updating for when an optician arrives.

These opticians therefore are delivering an analogue service, appropriate for the context of these consumers, via digital means, or as Holmes puts it: “using the power of digital technology to create and facilitate new businesses.”

Consumer interactions, employee technology and new arms to the business aren’t the only areas of Specsavers becoming digitized, however.

The C-suite is not immune to the evolution that technology can bring about and Holmes himself has seen a shift, not only in his responsibilities, but in his relationships.

“If you had told me 10 years ago that I would be spending as much time as I do with our IT Director, I would never have believed you.”

Together, they are helping to digitize front-facing marketing campaigns and store experiences, as well as back-end developments and infrastructures; combined, Specsavers’ CMO and CIO are acting as CDO (Chief Digital Officer).

Indeed, this week, Specsavers’ CIO Phil Pavitt announced that its IT will be housed mostly in the cloud within three years, offloading the management of decades of legacy infrastructure at the opticians to Accenture in a five-year deal.

It’s a lot of plates to juggle: customers, employees, external marketing and internal digitization; if prioritizing your workload is already a presumed skill to have as a marketer, it’s set to become vital.

For Holmes, it seems to be obvious where his real focus lies.

As he constantly reiterates during this conversation, it’s all about where his customers take him, and if that happens to be mobile right now, then so be it.

Peter is a Staff Writer at Hot Topics, interviewing senior executives, investors and entrepreneurs in the tech industry to gain insights into their opinions and thought leadership. Before joining Hot Topics in 2015, Peter completed a master’s degree in science journalism from City University London and focused on writing and editing news stories, radio features, and on-screen documentaries within the science and technology sector. He has worked with SKY News covering the U.K. general elections and with the Times newspapers as Business Reporter. 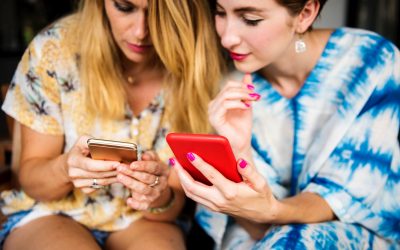 The Next Battlefront in the Mobile Engagement Revolution 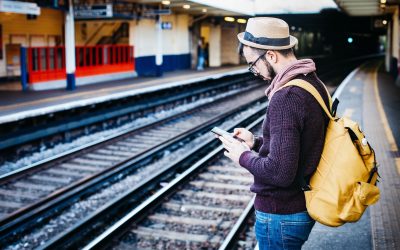 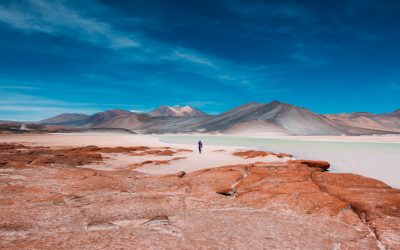