TAMPA, Fla., June 10, 2020 – Syniverse, the world’s most connected company, announced today it has appointed Andrew Davies as chief financial and administrative officer (CFAO). Davies brings a broad level of expertise that will lead and improve Syniverse’s financial and administrative processes. He will report to Syniverse CEO and president Dean Douglas and assume his role in July 2020.

Davies has more than 30 years of leadership experience working with major global brands in the telecommunications and enterprise sectors. He replaces Simeon Irvine, who served as interim chief financial officer (CFO) and who will continue with Syniverse as its chief transformation officer.

Davies most recently served Sprint as its CFO from July 2018 until the closing of its merger with T-Mobile USA. He was responsible for day-to-day financial strategy and operations, including accounting and reporting, financial planning and analysis, treasury, tax, investor relations, risk management, auditing, and mergers and acquisitions. He also jointly led Sprint’s transformation program, which included deployment of leading-edge capabilities in analytics and digitalization technologies. During his time at Sprint, Davies also provided significant input into the integration and business planning of the “New T-Mobile” and its regulatory advocacy process.

Prior to joining Sprint, Davies served as Group CFO for Amsterdam-based VEON, where he led a global team and was credited as being instrumental in driving its transformation via a series of profound corporate finance transactions and significant operational transformation activities, both of which culminated in the resumption of a meaningful dividend program. Davies also played a key role in the formation of Wind Tre, the leading cellular communications business in Italy, which was a joint venture between VEON and CK Hutchison.

Before joining VEON, Davies spent more than a decade with Vodafone Group holding various financial leadership positions in Japan, Turkey, and India, in addition to his appointment as CFO of Verizon Wireless in the U.S. He started his career with KPMG in Cardiff, Wales, before serving in elevated senior finance roles with GE, Honeywell, and the Caudwell Group in both the U.K. and the U.S.

“Andrew Davies brings a wealth of experience and has worked with and for large enterprises and mobile network operators that align perfectly with Syniverse’s focus as a software and services leader. He has a vast amount local market knowledge on a global scale that applies to Syniverse and our global operations. Andrew has lived in many cities around the world and is a welcome addition to the Syniverse team. I thank Simeon Irvine for his tireless efforts serving as our interim chief financial officer and look forward to seeing him continue to excel as our chief transformation officer.”

“Syniverse has significant opportunities for growth and development across some of the world’s most dynamic markets and industries, so I am delighted to be joining the team at such an exciting time. I look forward to helping the business continue to drive sustainable and profitable transformation while strengthening its financial position.” 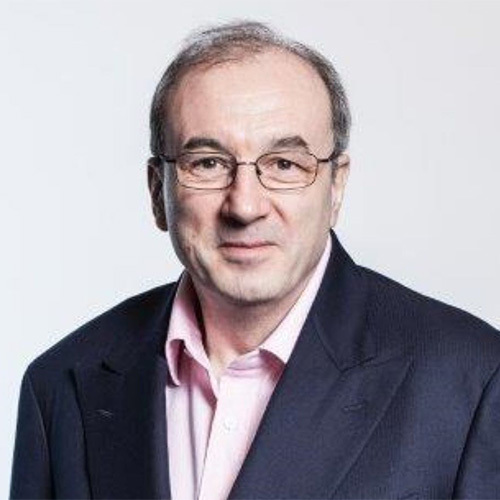 Syniverse is the world’s most connected company, revolutionizing how businesses connect, engage, and exchange with their customers. For decades, we’ve delivered the innovative software and services that transform mobile experiences and power the planet. Our secure global network reaches almost every person and device on Earth. Our communications platform is industry-recognized as the best of its kind. And each year, we process over $35 billion in transactions, revolutionizing how goods and services are exchanged. Which is why the most recognizable brands—nearly every mobile communications provider, the largest global banks, the world’s biggest tech companies, and thousands more—rely on us to shape their future. How about yours?