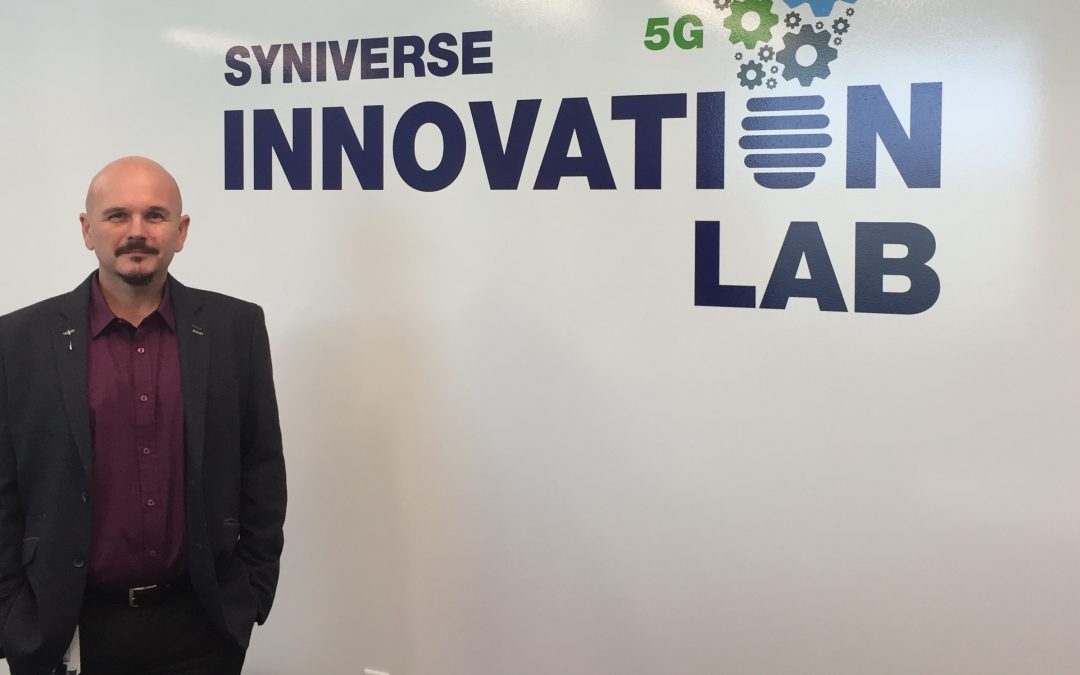 Earlier this year our Syniverse Innovation Lab took a major step forward in its short history by teaming with Ruckus Networks and Federated Wireless to develop a private, high-speed, and highly secure wireless network. The network brings together the speed of the Long-Term Evolution (LTE) mobile standard with the versatility of the newly opened U.S. Citizens Broadband Radio Service (CBRS) spectrum.

It marks a new chapter in connectivity that will enable communication service providers like mobile and cable operators as well as enterprises like consumer retailers and venue operators to set up their own private LTE networks. It will also open the door to CBRS trials for smart city and industrial internet of things (IoT) applications. The benefits include easier deployment, superior coverage, higher-quality user experience, and greater security, among others.

In my role as head of our Innovation Lab, I’ve received several questions lately asking why private LTE networks are valuable, what the capabilities of CBRS are, and how we’re working with Ruckus Networks and Federated Wireless to bring this network to market. In this post, I’d like to share answers to some of the most common of these.

What’s the business case for private LTE networks?
As the use of and demand for mobile services have skyrocketed, ensuring a high quality of experience for users as well as a high level of security from cyberattacks has become more and more important for today’s businesses. The recent opening of the CBRS band enables businesses to gain this level of control through the development of private LTE networks that Syniverse, Ruckus and Federated are well-suited to develop. These LTE networks will allow communication service providers and enterprises in-building and outdoor coverage and capacity expansion on a massive scale, easily deployable and cost-efficient local network capabilities, and highly secure alternatives to Wi-Fi.

What’s special about the Citizens Broadband Radio Service (CBRS) spectrum?
CBRS is a band of spectrum recently freed up by the U.S. Federal Communications Commission’s (FCC’s) 2010 National Broadband Plan, which allocated 500 MHz of additional spectrum for new mobile uses. Today, the CBRS spectrum is used for naval radar and fixed satellite stations, and the FCC has established rules to permit shared use of the spectrum along with the naval organizations that now use it.  CBRS is important because it offers a slice of highly versatile spectrum in the 3.5 GHz band, also called the “innovation band.” This portion of spectrum provides the capability for communication service providers and private enterprises to build their own high-speed, high-capacity LTE networks as well as provide a foundation for newly emerging 5G networks.

How are Syniverse, Ruckus Networks and Federated Wireless working together to enable CBRS networks?
To enable CBRS, three major, infrastructure components are required: a mobile access or radio network; an LTE “core” network; and an entity to monitor and manage the spectrum, called a Spectrum Access System or SAS. The radio and core networks are based on LTE standards, but the SAS is new and is what allows CBRS to function in shared spectrum. The Syniverse, Ruckus Networks and Federated Wireless partnership brings the complete ecosystem for this, with Syniverse providing the LTE core network, Ruckus Networks delivering LTE access points for the radio network, and Federated Wireless monitoring and managing the spectrum. All three companies are members of the CBRS Alliance and are committed to advancing the technological possibilities of this newly available spectrum.

What role is the Syniverse Innovation Lab playing in this new partnership?
The Syniverse Innovation Lab is much more than a room at our headquarters in Tampa for demonstration stations and prototypes. Our lab is open to the world, and we are collaborating with people and companies no matter where they’re based. With CBRS, we’ve created a private LTE network the covers the entire headquarters. This private LTE network has Ruckus Networks access points, or LTE small cells, on every floor and connects to both a Syniverse LTE core network and the Federated Wireless Spectrum Access System. Not only does this allow us to showcase CBRS functionality to customers and partners, but it also allows stakeholders to connect, develop, and test new business models that CBRS will enable. And since we’re at the beginning of commercial CBRS rollouts, the Innovation Lab is positioned to become a leading source for developing and testing new ideas, which ultimately lead to new commercial offerings.

What are the next steps for the partnership?
We’re boldly moving full force with CBRS. Launching a private LTE network at our headquarters has opened a lot of doors and interest. We’re talking with mobile operators, cable operators, tower companies, hardware suppliers and enterprises to deliver CBRS-enabled products and services, powered by the Syniverse Innovation Lab. Also, since CBRS promises to play a crucial role in next-generation technologies like 5G and mobile edge computing, we’ll see various combinations of all these technologies in the Innovation Lab. Beyond private LTE, CBRS enables additional use cases such as neutral host models that creates even more value and opportunities. Moreover, a lot of work needs to be done to figure out and deploy new processes for roaming, voice over LTE (VoLTE), interconnectivity and clearing and settlement. Our partnership is perfect for bringing together the areas of expertise needed for solving these challenges and forging beneficial and profitable business models.

Syniverse Collaborates with IBM to Begin New Chapter in Blockchain